A big thank you to everyone who attended Herts Book Fest at the weekend and the tireless work behind the scenes from the organisers and volunteers!

We had a great turnout on both days (despite early rain threatening to spoil Saturday before giving way to sunshine)! This was my first opportunity to rub shoulders with professionals who are living the dream after taking the plunge into the writing world. While I didn’t sell as many books as normal, the interest in the table was encouraging and left me feeling very positive!

The stars of the weekend for us were, ‘A Dragons Quest’ and ‘The Raystone’ and even had a returning fan asking where the fourth instalment is – soon I promise- It’s being edited!

We learned a lot. I met old friends and made some new ones. I helped people with their first stall (I remember the feeling so well) and of course sales were a big plus with Sunday seeming to be the better day all round!

It has only become apparent how many local writers’ groups and communities there are locally so we’re going to make a bit more time to attend and participate with these other amazing creatives! I already have a list of things I need to arrange for future events and with the next one being in early July, it’s time to finish bathing in the afterglow and get my skates on.

Have a wonderful week everyone! 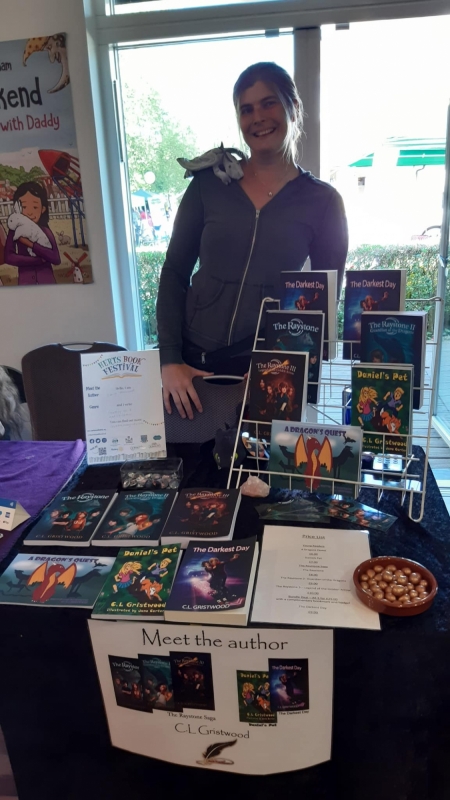